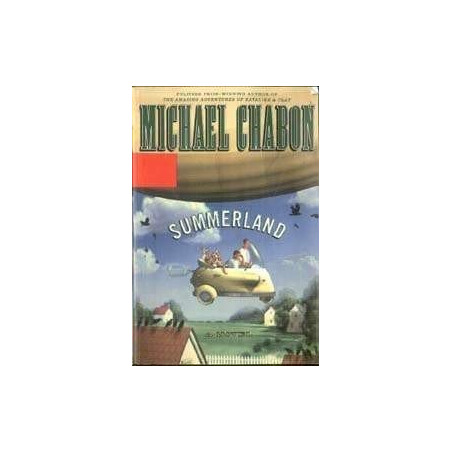 Hardbound. From the bestselling author of The Amazing Adventures of Kavalier & Clay, Michael Chabon.

For over a century, the people of Clam Island, Washington, have enjoyed barbecues and baseball games at Summerland, on the western tip of the island, where it never rains. The small beings, known as ferishers, who ensure this perfect weather, however, are threatened by an ancient enemy, and need a hero- a baseball star, in fact- to vanquish their foe. Summerland is the story of Ethan Feld, the worst ballplayer in the history of the game, recruited by a hundred-year-old scout called Ringfinger Brown, himself a Negro League legend. Accompanied by his determined friend, Jennifer T. Rideout, and guided by a friendly werefox, Ethan struggles to defeat giants, bat-winged goblins, and one of the toughest ball clubs in the realms of magic, to save all the Summerlands, and ultimately the world.

"...Reading Michael Chabon's new book—billed by the publisher as an age-appropriate story "for young readers and adults alike"—it's impossible to ignore the mental images of the inevitable movie adaptation. Summerland, with its cast of baseball-playing dwarves, giants and "werefoxes," its magic portals and parallel universes, its doomsday scenario and its motley-but-lovable crew of misfit kids from fictitious Clam Island, Washington, is surely destined to hit the big screen as a computer-enhanced live-action feature film a few years hence. A summer blockbuster is in the making for the kid in all of us..."- Book Magazine.com 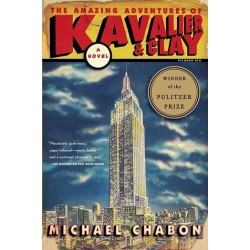