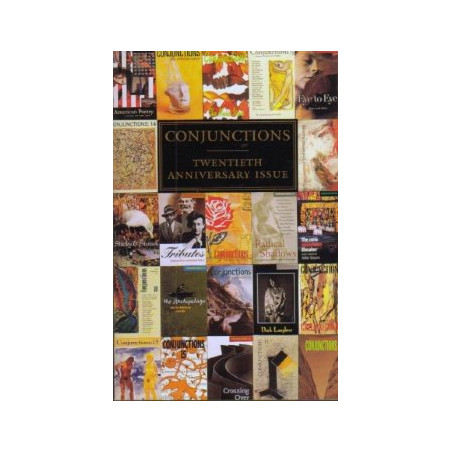 Edited by Bradford Morrow. Published by Bard College. A must read for anyone interested in contemporary fiction, poetry, and drama.

In celebration of its 20th anniversary, "Conjunctions", "arguably the most distinguished journal of prose and poetry in America" (Elle), gathers a virtual Who's Who of innovative contemporary literature. "Conjunctions:37" will feature new work by writers as diverse as Don DeLillo, Paul Auster, Chinua Achebe, Rick Moody, Richard Powers, Jorie Graham, William T. Vollmann, Paul West, Carole Maso, Ann Lauterbach, and many surprise contributors. This special issue will also feature an important short story by Vladimir Nabokov, newly translated by Dimitri Nabokov for "Conjunctions", which has never before appeared in English. Joyce Carol Oates offers a first look at her haunting new novel in progress, "The Falls", and William H. Gass gives us a darkly hilarious tour de force with his novella, "Charity". The 20th-anniversary issue will surely be, as the "Village Voice" has said of "Conjunctions", "A must read" for anyone interested in contemporary fiction, poetry, and drama.