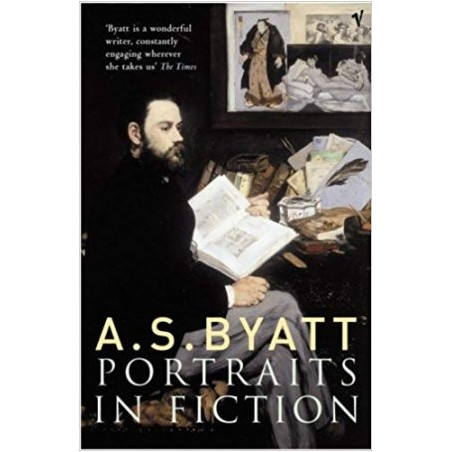 A remarkable, sumptuously illustrated exploration of the interplay between fiction and portraits, between novelist and artist â€“ by the acclaimed Booker Prize winner.

Others: All defects if any are formulated into pricing. May or may not have previous store stickers. Items were inspected but may still missed writings/inscriptions.

Portraits seem the opposite of fiction, fixed in time and space, not running with the curve of a story or a life. Yet since the birth of the novel, writers have been fascinated by portraits as icons, as motifs, as images of character and evocations of past time. In this intriguing and provocative book, A.S. Byatt delves into the complex relations between portraits and characters, and between portraits and novels as whole works of art. Her authors range from Henry James to Iris Murdoch, her artists from Holbein to Botticelli, Manet to the present day. She looks at the way writers use portraits to conjure up the past, as in Ford Madox Ford's The Fifth Queen and Virginia Woolf's Orlando. She explores their erotic use, the idea of painting as a sexual act, full of danger. And she examines the creation of fictional portrait painters by writers like Balzac and Zola, whose writing was closely linked, in different ways, to the art of Cezanne. A portrait can defy the process of age but its very stillness can also seem like death. Art can be a murderer. And sometimes, as in Salman Rushdie's The Moor's Last Sigh, a portrait can itself become the victim of Gothic rage.

In her own novels, A.S. Byatt has often evoked the power of portraits. Calling on a host of illustrations, she invites us to share the writer's preoccupation with the painted image. A feast for the eye and for the imagination, Portraits in Fiction is a remarkable and immensely enjoyable exploration of the marriage of two great genres.